Coherent anti-Stokes Raman Spectroscopy (CARS) is a technique based on a non-linear optical process, and this technique can be used mainly for temperature measurements in combustion but sometimes also for concentration measurements. In CARS normally three laser beams are focused to a common intersection point. If the frequency difference between two of the laser beams is in resonance with a molecule (either rotational or vibrational), an oscillating polarization will be induced. The third beam is scattered off this resonance frequency and a CARS signal emerges as a laserlike beam in a direction given by the phase-matching condition. The signal is after spectral isolation directed to a spectrometer, and the detected spectrum contains temperature and concentration information mainly related to its shape and the widths of the lines. The temperature and species concentrations are evaluated by fitting of experimental spectra using a library of theoretical spectra, which are calculated with input from molecular data and experimental parameters. A rotational CARS setup is shown in Fig. 1a, and an experimental rotational CARS spectrum is shown in Fig. 1b.

CARS was developed as a useful laser-based technique for combustion diagnostics during the 1970´s, and it has since then been developed through fundamental laboratory studies and has the last decades been used for applied measurements in practical devices such as internal combustion engines as shown in Fig. 2. 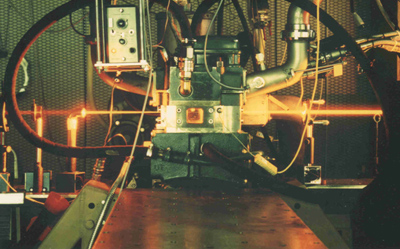 Figure 2. Photo from rotational CARS measurements of temperature inside an optical engine.

Research on CARS spectroscopy deals with improvement of accuracy and precision in the measurements of temperatures and concentrations by investigations of experimental approaches, evaluation strategies, and theoretical models.

Development the last years have included the use of a single-mode dye laser and a single-longitudinal mode Nd:YAG laser, and also suppression of non-resonant signal contributions by the help of polarization rotation. Moreover, work has recently been done to improve the signal evaluation strategies. One example is the procedure to emphasize the importance of specific parts of the spectra in the evaluation and thereby improve, for instance, accuracy and precision.