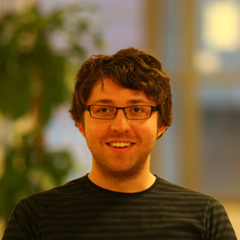 Elias works, since November 2006, at the Division of Combustion Physics, where he is involved in the Multi-YAG group. He works both with engine measurements and diagnostics developments.

He started to study physics at Lund University at 2002 and got his Master in physics in 2006, after he had finished his master project at the Division of Atomic Physics. His master project was mainly Monte-Carlo simulations, with which he investigated the possibility to measure the oxygen concentration within the human sinuses. Elias started his PhD in 2006 at the Division of combustion Physics and defended his thesis in 2012.